The running world suffered a great loss on June 11, 2019, when Gabriele “Gabe” Grunewald died after a ten-year battle with cancer at age 32. 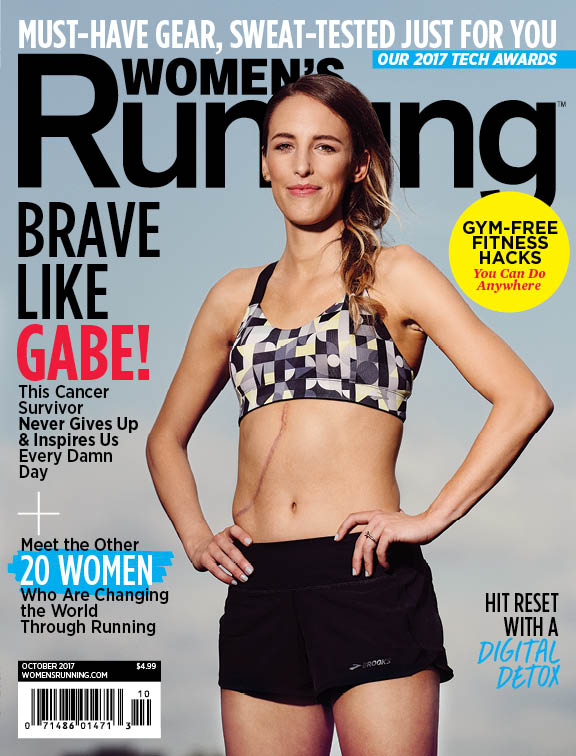 I first learned about Gabe when she appeared on the cover of Women’s Running magazine in 2017. As a middle-distance runner, she was young, talented, fast, and had been battling cancer for the past eight years. Average at best in her pursuits of Olympic qualifying status, what set Gabe apart was her unrelenting passion to keep pursuing her goals and dreams despite a cancer diagnosis and rigorous treatments.

Most of Gabe’s personal records and accomplishments came just days after chemotherapy treatments and radiation, which resulted in high fevers and side effects. Gabe never used any of them as excuses to sit back and not give 100% to her running. After a second diagnosis of cancer led to removing a good portion of her liver, she was left with a prominent scar across her abdomen. That scar became her badge of courage, prompting many cancer survivors to be “Brave like Gabe,” as well as anyone fighting a disease or diagnosis thought to be impossible to overcome.

Eventually, Brave like Gabe became the foundation Gabe and her husband established to raise money for research of rare cancers that lacked FDA support. But “Brave like Gabe” became so much more. It became a movement of empowerment and inspiration to many who looked to her as a role model who inspired hope to conquer their own hardships.

Gabe struggled a lot, but one thing she believed was that “it’s ok to struggle, but it’s not ok to give up on yourself or your dreams.” The lesson we can all take away from her words and the way she lived her short but full life is that there will always be moments of hardship, struggle, and faltering. There will be setbacks and roadblocks. Every run won’t be perfect, and every race won’t go as we planned, especially through months of training. The struggle is ok—it’s part of life; the key is to not allow those struggles to deter you, paralyze you, or keep you from your goals.

Have a Running Question?